The bad UK weather – with the Beast from the East Siberian weather front – stopped my workshop base construction in its tracks last week. Well, it was -5 degrees Celsius (23°F) and the builders figured it was not a good temperature in which to pour concrete! 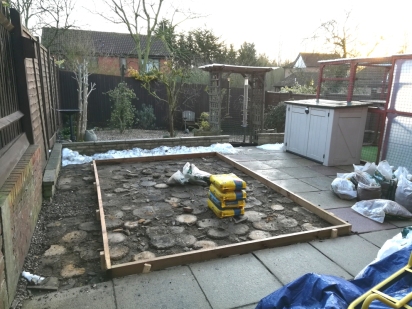 You can still see some of the snow behind the shuttering, after the snow melted a few days later. The workshop will be about 3.6 metres (11.8 ft) by 2.4 meters (7.8 ft), which, whilst not as big as Benny’s run (which you can just see to the right of the picture, behind the storage bin) is still bigger than my current video room and workshop combined! 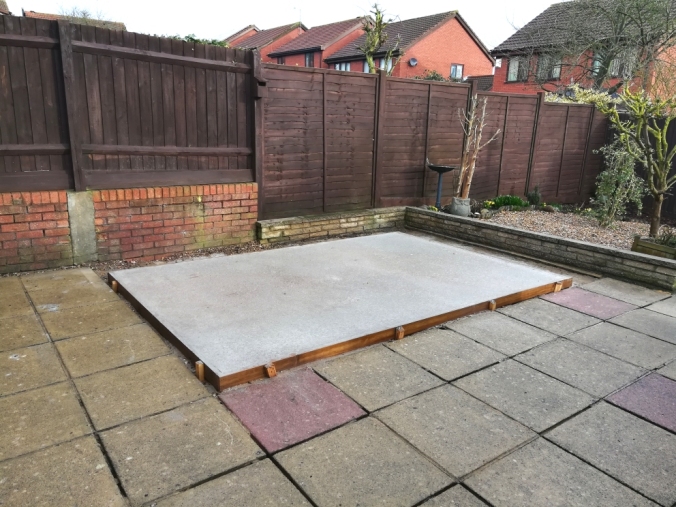 They are returning in just a couple of weeks to build the workshop after which I will spending all my waking hours there to bring it into shape – after all, I’ve a YouTube videoing schedule to keep!

I’m going to do my best to film (in super fast motion) the workshop construction; we shall see whether I’m successful when (or if) a video snippet appears in one of my future videos.

Initially, I had plans to install a partition within the workshop (with an internal door) so I could do “clean” stuff, like videoing, in one part and “dirty” stuff like wood cutting and soldering in the other part. As it happened, I didn’t really have enough room to warrant this and I had to ask myself the question “How much wood cutting do I do in a year?”. The answer was very little, and soldering isn’t exactly dirty work, so we now have an all-in-one workshop, with a computer area (and where I’ll do my videoing), and a soldering station nearby (where I might be able to video too), so I can show oscilloscope traces and other interesting stuff “from the lab” without using my phone to film all that.

A new Arduino-based board

I want to use an Arduino (or ESP8266, or perhaps a combined Arduino & ESP8266 all-on-one board), like this one here to allow me to monitor the workshop so I know I haven’t inadvertently left the soldering iron on: 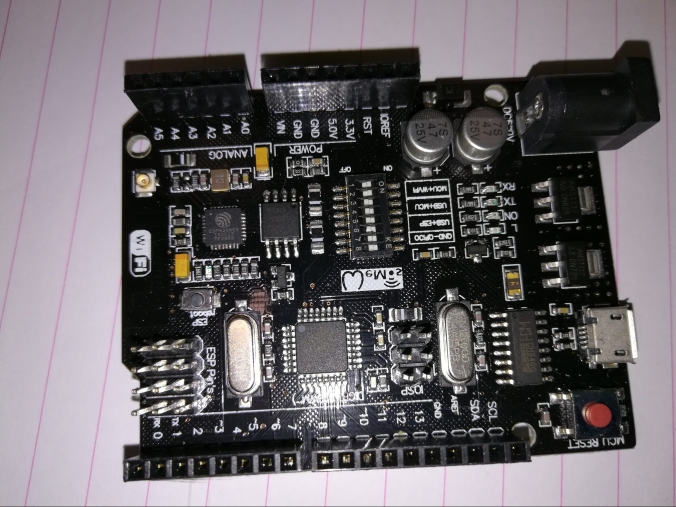 You can see the DIP switches in the middle of the board that determine how the two processors are linked together. Here’s the reverse side showing the RobotDyn name:

I’ll explore this board in more depth in a future video, no doubt, but it just goes to show what there is out there, for a very reasonable sum.

Anyway, that’s all for the (near) future, but in the meantime I must organise all my Arduino (and other) parts a lot better so I can find any component or part just by going to a storage bin location. As they seem to arrive from the Far East en-masse (do they save them up for me at the airport or something?) I need to be far better organised. Once I have the space that task becomes a lot, lot easier.

The days are counting down; all things being equal, by Easter 2018 it should be constructed and then the real work really starts!